Is Music the Biggest Influence on Pop Culture?

Music is important. I think we can all agree on that.

It brightens up your day, you can bond over your favourite tunes with a friend, but have you ever thought about how it changes how you talk? Slang terms like fab and groovy have their roots deep in the 60’s and 70’s music scene, and there’s plenty of jargon and insider terminology that you only hear within certain musical scenes. But what about modern music? Is the current generation (Gen Z) still influenced by music in how they talk?

In a survey conducted by mobile phone case supplier mobile phone case supplier Tirita, they asked what each generation of people thought most strongly influenced Generation Z’s slang. Their results showed that, of those surveyed, 68% of the over 74’s thought that music was the biggest influence and 41% of those between 55-73. But the younger and more tech savvy you get the more the results shift, only 18% of Generation X thought that music was what influenced slang the heaviest and just 9% of Millennials.

But if it’s not music that’s influencing Gen Z’s slang, what is?

One of the biggest changes to pop culture is undoubtedly the invention of memes. I’m pretty sure everyone here will have seen these before, but for those who haven’t, a meme is a visual image with text attached which is intended to convey something to the viewer. Such as this cat which needs to let you know how difficult it is to be cheezy. 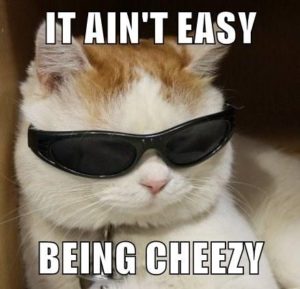 But what sets it apart from the media of the past is that this format is astoundingly popular with Gen Z and floods social media with references and jokes that are, at the same time, mass appeal and an in-joke. This has extended even to certain slang terms, shared across the internet such as ‘Yeet’ or ‘salt’ and the meaning is understood from exposure. You’re not gonna guess that Yeet means to throw something with great force unless you’ve been on the internet a while and heard it before. It’s something that’s shaped culture for the newest generation so thoroughly that it’s even considered a bigger influence on them than music!

Is music less important then?

Here’s the good news – while it’s made sharing memes and other in-jokes easier, it’s also made it a lot easier to share music with people. Just look here to see an example! Artists who previously would have been underground get to shine in the limelight and they can contribute to the internets growing pool of pop culture. While the survey focused on terms like “Yeet”, “Thicc” and “Dank”, there’s still plenty of slang words popping up that come from music, LL Cool J made being the GOAT into a goal, after all.

Still, it’s interesting that different generations have a different idea what’s influencing slang these days. What do you think? Let us know in the comments below!